A wise man once said, “True love can be like salt and pepper, a little sprinkle goes a long way.” Salt and pepper on a steak is one thing, but what if you want to take your seasoning up a notch on the heat scale? Is cayenne pepper your only option? Not anymore. Meet Tom Hewell and Ted Ebert, owners of Saint Lucifer Spice Company, the Philadelphia-area business that has spiced up your flavorful alternative to salt and pepper. Tom and Ted’s unique spice is a masterful blend of garlic, salt, paprika, vinegar and … fiery habanero peppers, balancing just the right amount of heat to enhance each bite without overwhelming food or lingering too long on the palette. Tom and Ted literally stumbled upon the creation of their product by making use of a ton of habanero peppers they received as a gift. The dry spice they created was so good that friends and family asked them to make more. After achieving the ideal flavor with their eleventh recipe, just like that, Saint Lucifer Spice was born. The spice is so versatile that Tom and Ted sprinkle their Saint Lucifer Spice on practically everything they eat: from french fries and meats to eggs benedict and pizza. One morning, in fact, Ted daringly dashed some Saint Lucifer on fruit-flavored cottage cheese, but he admits he probably won’t do that again. As their spice appears on more and more counters of local markets, restaurants and bars in Philadelphia and nationwide, Tom and Ted, each very passionate about good food, envision Saint Lucifer Spice being as ubiquitous as salt and pepper, which puts an interesting spin on Voltaire’s sentiment: “Business is the salt of life.” We first stumbled on Saint Lucifer Spice via social media. Soon thereafter, I sprinkled it on my fries and turducken sandwich at Jake’s Sandwich Board in Center City Philadelphia and picked up my own bottle at the Pennsylvania General Store in the Reading Terminal Market. We recently caught up with Tom and Ted at the Bellevue Food Court. Ted was on his way to Chicago to promote Saint Lucifer Spice, but first Tom and Ted shared some of their spicy (chocolate covered) memories … 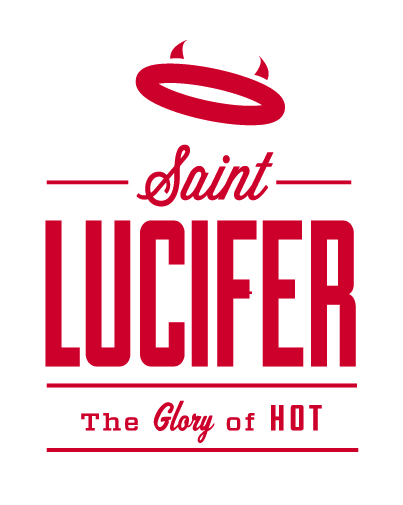 Tom Hewell:  It was somewhat by chance. We received a large shipment of habanero peppers from our friend’s father, who has a farm in Western Pennsylvania. He had a large crop of habaneros that year, and he knew he could not use them all. We also knew we could not use them all, so we tried our best to store them until we could use them in the future. We did so by blanching them in balsamic vinegar and storing them in mason jars in our refrigerator. After some time, we decided they had been in there long enough, so we started to dry them along with garlic to make a deeper, more flavorful version of crushed red pepper.

Ted Ebert:  I first started working in restaurants as a teen in high school, when I was hired as a line cook at the Kirbyville Inn, a well-respected establishment in Kirbyville, Pennsylvania. With a great love for food but no formal cooking experience, I found myself with the chef/owner, cooking for his loyal following of customers. Through a constant barrage of curse words and insults, I was taught on the fly. But it was there that my love and appreciation of food began.

Tom:  My first job at the age of 14 was at the cheesesteak stand at Dorney Park in Allentown. I loved it, making sandwiches, big flat top in front of me, full of meat and cheese.

Ted:  Sunday dinners were the norm during my younger years. My mom, a South Philly Italian, would make a large vat of what was called “Red Gold,” which was a sauce/gravy for the pasta. Beef cubes, pork and veal were the usual suspects brewing inside the pot, along with her meatballs and sausage. The day would consist of constant taste testing’s of dipping some bread into the sauce to make sure everything was on point. Rigatoni was my pasta of choice for the meal and still is till this day.

Tom:  I remember always liking all things spicy.  My grandfather was an Italian farmer who would feed me long hots from his garden, when I was at a very young age.

Ted:  Both my mother and father were good cooks. But it was my father who had the true passion for cooking. He was a scientist in the kitchen, dedicating long hours in the kitchen to prepare the night’s dinner.

Tom:  My mom is also a great cook, and I learned a lot of the basics from her. Her passion and excitement for hosting parties and dinners gives her great joy, as it does for me.

What foods remind you of childhood? Favorite foods growing up?

Tom:  Dinners at my mom’s house. Italian dinners, chicken parm, lasagna, casseroles, meatballs, wings and all types of pasta dishes. I would flavor them all with crushed red pepper or hot sauce.

Any specific food memories that were really special to you?

Ted:  Trips down to the Jersey Shore. My mom would bring her fresh Italian hoagies to the beach at lunch time.

Growing up, what was your favorite meal/food/snack to eat outside?

Tom:  While undergoing our blending for Saint Lucifer Spice, in the early stages, my eyes were constantly burning.  Dealing with habaneros in a residential kitchen is a tough task. We would have all the doors open, fans on, gloves on. It was that one little itch that I would get near my eye that would subconsciously make me scratch with habanero infused gloves. Then when I would take my contacts out at night, those always burned. 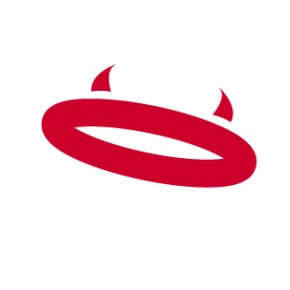 What do you think of big industry spices and sauces (like America’s Choice spices)? Do you eat such products yourselves.

Ted:  I gravitate towards brands that actually tell a story of humble beginnings, like Nantucket Nectars, Sriracha and so forth. I associate such brands with quality and passion.

Tom:  As far as spices are concerned, I try to stock my pantry with the best.  I have been to Egypt, Turkey and Spain and always bring back many spices to use in my kitchen. The big industry spices that I commonly use are black pepper and dried herbs, like oregano and thyme. That’s basically it. There is so much more out there than what America’s Choice, McCormick and other commercial, large outfits are offering in your standard grocery. Get to know your local spice shop; it’s as important as your local butcher.

Ted:  I’m a big fan of the concept behind Whole Foods. I have no problem paying extra dollars for quality produce, fish, meat, etc. I enjoy certain shows on the Food Network such as “Triple D” [Diners, Drive-Ins & Dives], and I loved No Reservations on Travel Channel with Anthony Bourdain. I do use Yelp often to get a food feel for the area. Franchises have their place — with my favorite being Primo’s hoagies — but the ultra-corporate chains, such as Olive Garden, Carrabba’s, T.G.I. Friday’s don’t peak my interest.

Tom:  I think the food industry is an ever-changing industry. Spice is hot now, and is the eighth largest-growing industry in the world. We saw this coming about five to eight years ago. We wanted to be a part of it but with a very clean and distinctive brand and flavor. Even larger chain restaurants are seeing many added menu items that include spicy dishes.

We knew we had already missed the hot sauce craze. There are more hot sauces out there than ever. Fire-breathing dragons, jokers and bandits, ghost and gobblins [on their hot sauce bottles]. We wanted to buck the trend and be a classic dry spice, something not many other companies were doing at the time. We were hot heads and wanted something that would take the place of crushed red pepper, to put on our favorite pizzas and pasta dishes. Something that would sit on the table of high end restaurants next to the salt and pepper. Our goal was — and continues — to be head of the class, a stand out, by being simple, classic and memorable. Saint Lucifer Spice sits there and is noticed because of how simple and classic our brand is. We have a memorable name that resonates: “We are hot.” But we are also very good, and we attract heat seekers of all levels, from the very young to the very old. You measure the amount of heat you like by adding as much as you like. Heat is a tolerance and, over time, will build up. Think of our spice as a bike that has training wheels for the beginner but can also hit high speeds on the Autobahn as a trained professional.

Tom Hewell and Ted Ebert are the creators of Saint Lucifer Spice, a table top habanero pepper blend that they created while roommates in the Manayunk section of Philadelphia. During this time, the stage was set for them to explore their culinary passions, which they drew from their own family upbringings. Combining their backgrounds and appreciation for all things hot, they were the benefactors of a large shipment of ripe habanero peppers from The Fawcett Farm in Western Pennsylvania. Never ones to waste, they worked to preserve the peppers for future use, aging the prized habaneros in vinegar for months at a time. From there, they started to dry them in the summer sun, along with garlic and other spices, working to find a more flavorful alternative to crushed red pepper flakes. Through this unconventional process, they formulated their signature blend, Saint Lucifer Spice #11.

Presently, Ted and Tom work vigorously on introducing Saint Lucifer to the masses, with retailers and restaurants throughout Philadelphia and beyond, including retail presence as far as California, Montana and Florida.

With an endless amount of ambition, they aim to continuously craft quality spice blends as well as other culinary creations for sophisticated palates everywhere. Only a year new, Saint Lucifer Spice has been embraced by the city in which it was born. As they move forward, they aspire for Saint Lucifer to be a preferred table condiment in restaurants and households alike. Enjoy! For the Glory of Hot!