Misconduct Tavern’s Chef Nicholas Mezzina: I have a very savory salty palate, and I’m not too much into sweets, even as a kid. As a child, I would love broccoli rabe and spaghetti. My father would cook it. He’d add the spaghetti to the pot full of brocolli rabe. Before dumping it all out, you’d save a quarter of the water. You’d squeeze lemon over it and add a little Parmesan cheese. To me, that was the best. People would come over, friends of mine, and they’d ask what I was eating. They found it so disgusting, but I loved it. And I still do to this day. It’s almost like a soup because of the extra water, which is basically a broth. My father is from Molfetta, Italy, and they called it ‘cime de rabe e pasta.” Don’t quote me on that spelling, though. I literally ate this twice a week growing up. Broccoli rabe was much more bitter when I was a child than it is these days. This is a really great “peasant’s one pot dish.’ I always went heavy with the lemon, and it’s just great in the summer. Enjoy my father’s cime de rabe e pasta (broccoli rabe and spaghetti). 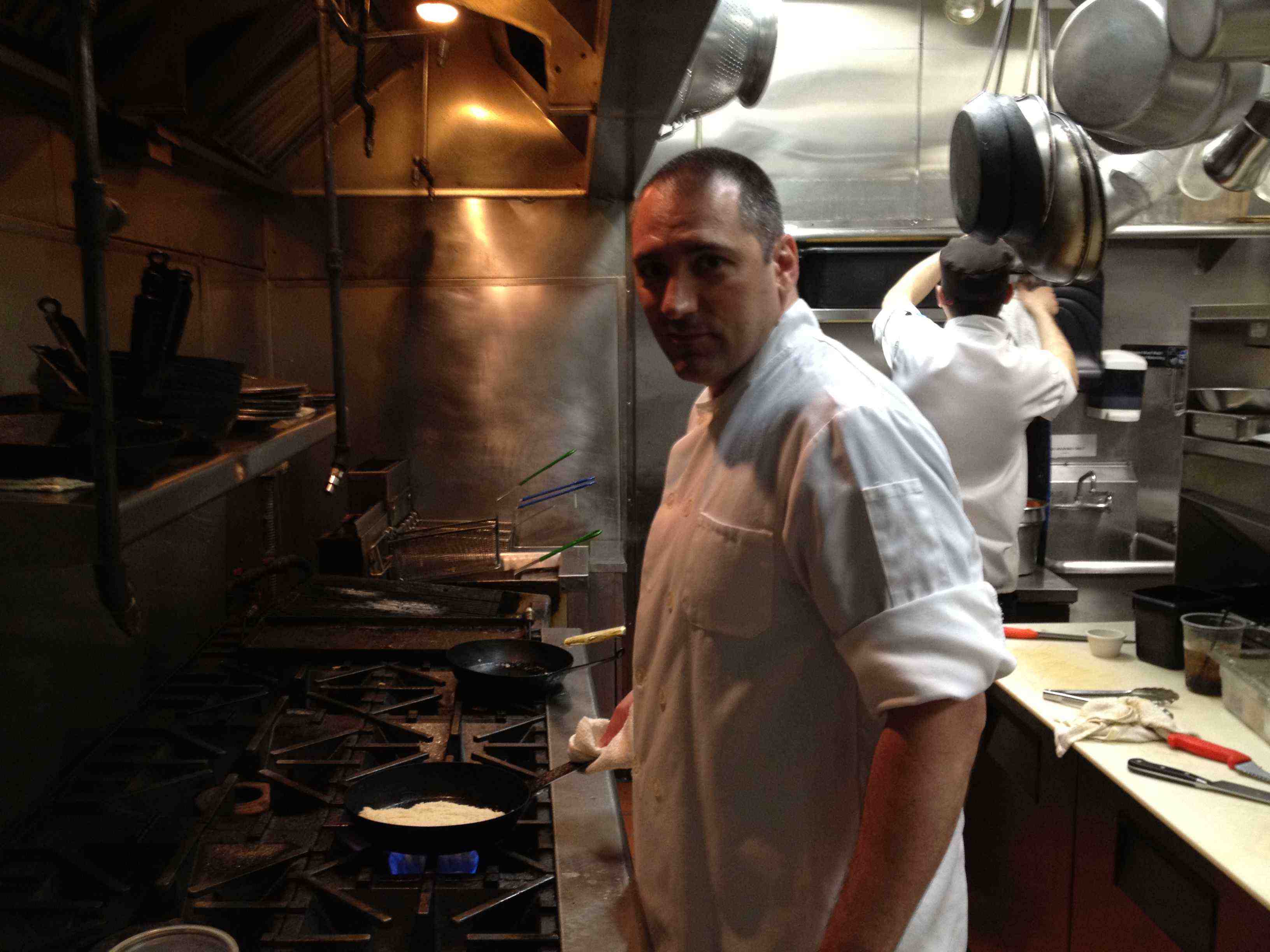