In the past, the idea of American farming often conjured up images, in our heads, of hard-working American families, farming on their own spacious land, where pigs, cattle, livestock and the like were free to roam around and graze at their leisure. These days, as big business has dominated the food industry, the images of farms in our heads are not nearly as utopian. Sadly, over the years, many American farming families became something closer to myth and legend, as if they were virtuous superheros who had been run out of their crime-ridden cities by corrupt government and evil villains. Luckily, there are still some good people out there championing the natural, old-fashioned, American farming lifestyle and producing some amazing, healthy products, while they’re at it. Meet Stryker Farm‘s Nolan Thevenet. Nolan’s outlook towards farming and his farming practice itself represent a rebirth of the admirable, hard-working, natural and peaceful farming life, as if the once-outcast superheros have returned back to their cities to save the day again. We caught up with Nolan, who happens to be extremely tall, to chat about how he ended up where he is now and, of course, to share some Chocolate Covered Memories …

I began Stryker Farm in 2010, hoping to achieve a certain lifestyle that always seemed out of reach. I wanted to work all the time but not feel like I was working. I didn’t want to find myself in a 9-to-5 job just for the sake of paying the bills. You only live once, right? So why not go after a dream? How I got into this niche is a long and complicated story. To simplify things, I chose livestock farming because I love being outdoors, being active, interacting with animals and eating large quantities of delicious food. I am very fortunate to have family-owned land at my disposal. If not for that, Stryker Farm would probably still be just a daydream.

What do you think of large farms and pastures?

Large farms are here to stay because there will always be a demand for low-cost food. Mega-farms can achieve great efficiencies by producing food on such a large scale. There is nothing particularly wrong with that. The issues with food nutrition and safety stem from cutting-corners in order to boost profits, which can occur on small or large farms. I believe that pasture-raised meat is the most healthy and nutrient-dense protein that money can buy. The problem is that land is becoming so prohibitively expensive and scarce that farmers can’t afford pasture. 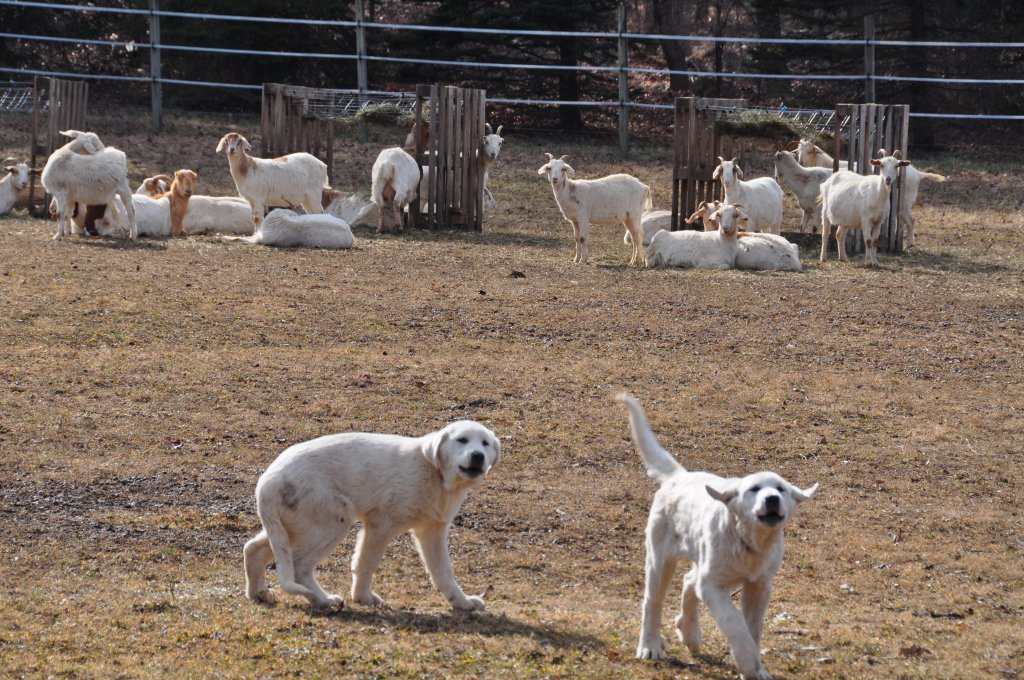 My earliest childhood memories of food involve a hatred for beets but being forced to eat them anyway. I’m glad that my mom forced me to eat them, because now I love them! I also remember thinking that McDonald’s was the most delicious food on earth and that one day, when I grew up, I would drive myself there every day to get a double cheeseburger! Now, I rarely touch fast food.

Without a doubt, that would be mac and cheese for me … and probably for a lot of other eaters, too.

I had a horrifying experience once while working as a server at TGI Fridays. I was waiting on a family of four at dinner time. The father ordered “Cedar Seared Salmon Salad.” I proceeded to repeat the order back to them, to make sure that I got it right, and accidentally said “Semen Seared Salmon Salad.” My face got so red. I don’t think I’ve ever been so embarrassed in my entire life. 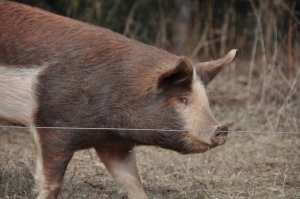 I really like the “buy local” trend that is occurring in the modern food scene. Consumers are becoming more willing to forgo grocery store convenience and shop at their local farmers market. At a farmers market, shoppers can meet the farmers face-to face and ask them questions about how the food is raised. You can’t do that when your tomatoes are raised in California. I think Whole Foods Market has done a great job pioneering organic food. The challenge will be for them to not stray off path as they continue to grow larger. 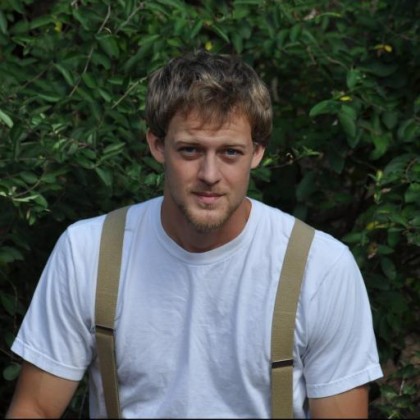 My grandmother makes an amazing Nesselrode pie. This is a unique family recipe that you probably won’t find in too many cookbooks, as this type of old-fashioned pie rarely appears on dessert menus much anymore. Don’t tell my tech-challenged grandmother that I gave it away by sharing it with total strangers online! 🙂  Enjoy!

Born in Doylestown, Pennsylvania, Nolan Thevenet grew up in the rural Pocono Mountains. Without any farming pedigree, Nolan started farming at 22 years old and gained most of his farming and livestock knowledge from hands-on experience and, admittedly, Google. Nolan’s goal is to build Stryker Farm (Saylorsburg, Pennsylvania) into, not only a successful farm, but also, a successful business. For more about Nolan and Stryker Farm, visit his farming blog at: http://nolanthevenet.wordpress.com/