You can go to many a diner or bar and get a cheeseburger, chicken potpie and French fries. It takes something special to offer traditional comfort food and have people wait in line for it. Meet Jessica O’Donnell, Executive Chef of Good Dog Bar in Philadelphia, Pennsylvania. Chef O’Donnell doesn’t make just any cheeseburger; she makes a half-pound burger of ground sirloin, stuffed with Roquefort cheese and topped with caramelized onions, on a toasted brioche bun. Chef O’Donnell doesn’t make any boring chicken potpie; she makes a duck potpie, filled with duck confit. The French fries? A mixture of hand-cut Yukon & sweet potatoes with a side of homemade aioli sauce. Heck, Chef O’Donnell bangs outs cheesesteak empanadas (yes, empanadas filled with decadent thinly sliced rib eye steak and truffled cheddar cheese) and chicken tenders cordon bleu (yes, indeed, chicken strips that have been delicately wrapped in black forest ham & Swiss cheese, breaded, then fried and served with a side of honey grain mustard sauce). And, most notably, Chef O’Donnell has been pumping out these food “hits” at Good Dog since they opened in 2003, playing an important role in the gastropub movement, which has since overtaken this craft beer-loving city. So much so that Good Dog Bar was recently featured on the Food Network’s Diners, Drive-ins & Dives. Framed black-and-white photographs of customers’ dogs adorn all three floors of Good Dog Bar (which, on a personal note, happens to often be one of my few “home away from home” dining establishments), where we recently caught up with Chef O’Donnell and shared some (Chocolate Covered) Memories …

In a way, I’ve been in the food industry for most of my life. I had various food jobs as a child.

Besides my paper route, my first job, at the age of 13, was at a butchers shop at the ole’ “Q-Mart,” a strip mall in Quakertown, Pennsylvania. It’s crazy how you can buy anything there: deli meat, jewelry, carpets, guitars, all in one place. I was slicing up meat right away with no experience whatsoever, which, looking back, was probably the smartest thing they could have done, seeing as I was just 13 years old. I was slicing up meats and getting tripe and ham for the old ladies.

When I moved to Tabernacle, New Jersey, I was in high school, and I worked at a farm market: the Red Top Farm Market (Vincentown, NJ). Along Route 70 on the way to the shore, it’s one of the oldest farm markets in New Jersey. I worked there for five years, selling produce: fresh local blueberries and peaches, all local stuff. And I ended up marrying their grandson. So that worked out well for me. <laughter>

As a kid, growing up, I did it all. I even worked at Burger King. That was a crazy, greasy experience, but it wasn’t a bad experience. And I also washed dishes in a now-defunct restaurant in Burlington. It was real quick after dish washing that I started cooking.

What are you earliest memories of food?

My mom cooked every night. Nothing gourmet. Just your normal American dishes: turkey tetrazzini, tuna noodle casserole, meatloaf and things like that.

I didn’t have any siblings, so I always tried to help out. My mom wouldn’t get home until late, near dinnertime. She’d usually leave something out in the morning to defrost. One of the earliest food memories I remember: my mom had gotten out frozen pork chops in the morning, and, somehow around12 years old, before she returned home, I whipped up stuffed pork chops. I have no idea where that came from. My mom didn’t make stuffed pork chops. She made Shake N Bake. But, sure enough, I made them by myself, maybe with some Stove Top or something. <laughter>

What role did food play in your childhood?

I liked to eat, even as a kid. I was into food by the time I was in high school. Like lots of teenagers, I would hang out at pizza shops and stuff like that. My best friend Jeanette and I would drive around and try different to places where we could eat and drink coffee. It was just what we did to hang out. That probably got me in the habit to eat different things and try different things. 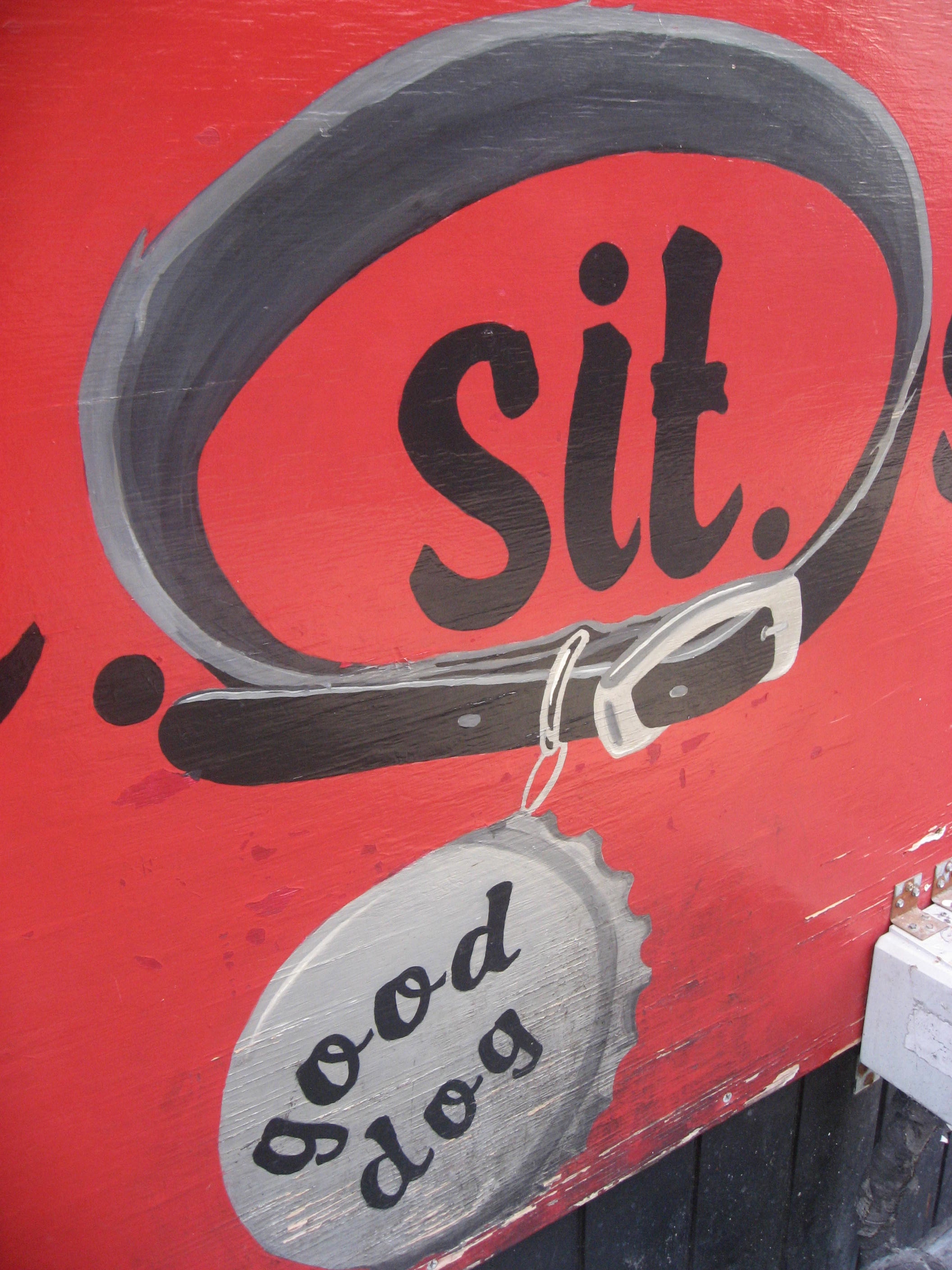 Were you a picky eater growing up?

Even as a kid, I remember training myself to eat different things. I never liked Brussels sprouts or broccoli growing up. I loved raw onions, though. I would eat those like apples. Very strange. <laughter> My mom was not the kind of parent where not liking something was okay. So every few weeks, I’d have to try a food I didn’t like again. I never fought her about it. For a long time, I would eat only the stems of broccoli. And then I finally ate the tops. I remember wanting to like things that I didn’t like. Even as a kid or a teenager, I remember continuously trying things on my own, even though I didn’t like them previously.

There was one time when my father made me finish my vegetables. It was either spinach or asparagus. My mom kept warning him to let me go, but he made me finish it. So I did. I ate them down, and, sure enough, right on cue, I threw my vegetables up at the table right then and there. <laughter>

How about now? Are you selective with what you eat now?

Nowadays, I will try anything once. I just had alligator for lunch today. Admittedly, I’m not a big fan of oysters. When I worked at the Striped Bass (Philadelphia), I would take a different oyster once a week and stand in the kitchen over the trashcan. I figured there had to be one that I liked. There never was. Except once at the Diving Horse (Avalon, NJ), I loved those oysters. But I don’t remember which ones those were. <laughter> I’ll eat anything, even if I don’t care for it. Only tripe. I will not eat tripe. I think it’s disgusting. I have tried it. I don’t like it. I won’t choke it down.

What do you think of the modern cooking world?

I was out to dinner the other night with one of my cooks, and we were talking about the modern cooking world. When I went to school, it was right before science took a prevalent role in cooking. The use of foams and the such was just starting when I got out of school. When I got out of school and the trained chefs before me, we needed to know how to braise, sauté and butcher. Now it’s very common in cooking school to be taught how to make pearls and foams and use a sous-vide machine. I think that’s a great thing. It teaches you that as a chef, you need to continue to learn or you’re going to get lost in the dust. I’ve learned a lot from my employees. I’m not ashamed to admit it.

What do you think of the modern restaurant scene?

In the suburbs, it’s harder for smaller restaurants or farms to make it. The big businesses, corporations and chains dominate the suburbs. There’s nothing wrong with a chain now and again. Cheesecake factory? I’m not ashamed. I love it. I think the real issue has a lot to do with real estate. A lot of times, the smaller guys can’t afford to even try to make it because of real estate.

When I drive back to Tabernacle, I feel like every week there’s another farm gone and there’s another housing development or Wawa going up. And that’s a shame. The farm market that I worked at, back in the day, we were so busy. I mean, we didn’t close in the summer or on weekends until ten or eleven o’clock at night, sometimes midnight. People were constantly coming in to get their produce on the way to the shore. It’s just not like that anymore. Many local farms are slow and struggling. They still do a good business. But you can go to Produce Junction and get it cheaper. I think that’s a shame. I don’t have an answer. It just makes me sad.

I wish more people would appreciate how much better food can be if you actually enjoy it fresh. There’s such a difference between a fresh true farm market product and fresh meat and what you’re getting at a supermarket, even Whole Foods. It might say “organic,” but it’s still so processed. By the time it gets from the organic farm in California to the Whole Foods in Philadelphia, it’s still so processed.

It’s a shame that kids these days have never had the opportunity to have a garden, to pick from a garden. Even as a kid, I had a huge garden. I loved making my garden. So many kids don’t know what that’s like. I think it’s a shame that you have to go to a specialty store to get the “best” and pay twice as much for it. Pick a corner, in the spring summer or fall and there are plenty of farmers that are out there with true good produce that we, as a whole, should be buying and enjoying.

What do you think of the big business behind the modern food world?

Well, the Food Network has been incredible for our industry. It’s put chefs on a whole different level. We’re no longer the poor, frowned-upon workers. I used to hear “Why don’t you get a real job?” and “You just cook for a living?” It’s made people really respect what we do a lot more. What we do is obviously very hard work. I truly believe that everyone on the planet should work in a restaurant at one point in life or you don’t deserve to eat in one. You should know what the dishwasher has to go through. I think it’s horrendous that all the people online think they are food critics. I appreciate others’ opinions. But most people aren’t educated to be a critic in food. And I think that TV has made people think they are food critics. And that’s really annoying.

Being profiled on the Food Network’s Diners Drive-ins and Dives has given me the opportunity to sell a lot of different kinds of food. When you’re small, local and new, customers might be hesitant to order non-traditional menu items. Customers don’t care where I went to school. It takes time to develop that trust. And the Food Network gave me the opportunity to cook more things that I’d like to cook and now people will order them.